Monkey Bread is a sweet, gooey cinnamon sugar dessert made with canned biscuit dough flavored with sugar, cinnamon, and butter. This recipe is very easy and quick to make. According to Wikipedia. this dessert dates back to the 1880s in Hungarian literature. Betty Crocker published their version of arany galuska, which they referred to as “Hungarian Coffee Cake” in a 1972 cookbook.

Disclosure: As an Amazon Associate I earn from qualifying purchases. This post may contain affiliate links, which means we earn a commission when you purchase through these links.

The Baking Pan for Monkey Bread

To get started, you’ll need the right kind of pan. Some use a bundt pan. Others use a tube pan that is usually used to create angel food cakes. If you decide to use a tube pan, make sure it doesn’t have a removable bottom. Otherwise, the melted sugar and butter will leak out.

Use regular granulated sugar. I recommend using salted butter. The salt in the butter balances out the sweetness. And use fresh cinnamon. When did you check the dates on your spices last? Spices lose potency over time. The result is a flavor dull to the taste buds or having to increase the quantity which can be difficult to determine.

In my recipe, I use non-flaky biscuit dough. Other recipes I’ve seen use flaky ones. Experiment and decide which you like the most.

There are some optional ingredients you can add if you wish. Some folks like to add raisins and/or chopped walnuts or pecans. Sprinkle them between the layers.

Monkey Bread is a sweet, gooey cinnamon sugar dessert made with canned biscuit dough flavored with sugar, cinnamon, and butter. This recipe is very easy and quick to make.

Use only solid tube pans for this recipe. The hot melted liquid will leak from removable bottom pans. 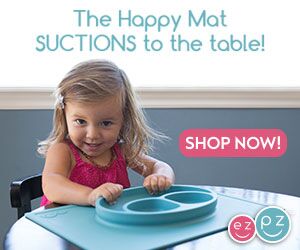